More companies today are investing in robotics and have adopted innovative equipment to help them accomplish set targets fast and with increased precision. Highly effective robotic equipment can execute highly redundant tasks with ultimate accuracy without getting fatigued as opposed to human workers.

Further, by implementing robots, companies are likely to experience improved product quality. Even then, it is important to watch out for human error and solve any problems resulting from the same immediately to augment general significance. Below are reasons why you will require human error inspectors in your company.

1.      Humans may feel intimidated by Robots

Many companies face major challenges when it comes to maintaining high productivity levels. Robots can come in handy to manage this challenge. A survey by Universal Robots reveals how a growing company gained value by implementing a gripping robot with wrist cameras. The company that is popularly known for manufacturing audio equipment in German sought to enhance their productivity levels.

After adopting the aforementioned equipment, they noticed a major improvement in both quality and execution speed. The company identified some of their employees who were interested in trying this equipment in a pilot project. They eventually received orientation training that prepared them for effective collaboration with the robots.

Currently, they are well acquainted with the new procedure. Companies should be in the forefront to encourage employees to adopt robots by offering them training. This ensures they are comfortable and minimizes errors which may occur due to unfamiliarity and nervousness.

2.      Employees Could Move Closer to Robots

While collaborative robots come complete with safety features enabling them to either stop or slow down when they come into contact with employees, industrial robots can be dangerous and fatal to humans. Such cases can cost the company huge amounts of money in lawsuits.

Many companies assume that machines will function adequately when in reality they should be more proactive and have experts inspect them regularly. This would go a long way in guaranteeing employees safety. Reports indicate that approximately 50,000 warehouse workers are either killed or hurt on the job annually in some developed countries. These numbers would increase with the addition of robots to the equation.

There are various solutions that can reduce these numbers exponentially such as safety painting and marking the robot’s anticipated travel path; warehouse managers and supervisors are obligated to train the employees on the importance of exercising caution while working around robots.

Employers should ensure that recognized hazards that could cause severe physical harm or death are kept off the workplace.

3.      Robots Should be Adequately Programmed for the Ultimate Output

Today, robots are capable of executing various tasks which enhances the value of redundant roles. Take an example of this company whose products had received high rejection rates. It took the intervention of the company’s representatives who opined that adopting robots could overturn the trend.

They went ahead and adopted a robotic arm that could execute four tasks. This reduced the error rate to below one percent. This clearly indicates that present technologies are multitasking options that require humans to tell them the tasks they need to execute.

Programming human errors could be costly and time wasting for businesses that already utilize robots. Consistent training is necessary more so in techno-centric work areas. Previous surveys indicate that 54% of workers in developed countries are not skilled enough for their jobs.

Workflow inefficiency occurs when employees are incapable of programming robots adequately for new tasks. This is why companies should train their employees appropriately or hire individuals who have the ideal skills.

Many modern robots are capable of communicating when parts are about fall. Still, regular preventive maintenance is critical especially after intervals of prolonged use. A robot’s general lifespan could reduce when human errors consistently occur during maintenance. Therefore, employers should avail an all-around checklist to regulate the maintenance procedure.

As much as robots are smart, they require human intervention. Further, human error can be detrimental to robotic operations regardless of how advanced they are. Employers should train their employees adequately to reduce human error and enhance the performance of robots. 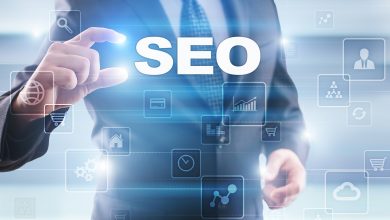 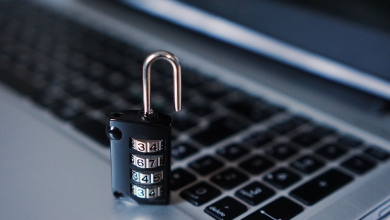 Why Is Incident Detection A Critical Element of Effective Cybersecurity Programs?

Characteristics To Look For In A Digital Agency

The Benefits of Hiring an SEO Expert
November 14, 2021

What Is The Importance Of Backlinks In Search Engine Optimization Strategy?
October 27, 2021

What Is The Importance Of Backlinks In Search Engine Optimization Strategy?